We are affiliated with the Protestant Reformed Churches in America (PRCA). The Protestant Reformed Churches in America (PRCA) is a denomination located in the USA and Canada, with a membership of approximately 7,600 souls. The PRCA maintains its own seminary located in Grandville, Michigan for the training of pastors. The denomination also has mission work in the Philippines. The PRCA holds to the Presbyterian form of church government. It is divided into 2 regional classes which meet periodically through the year. Representatives from each classis meet for an annual synod in June. 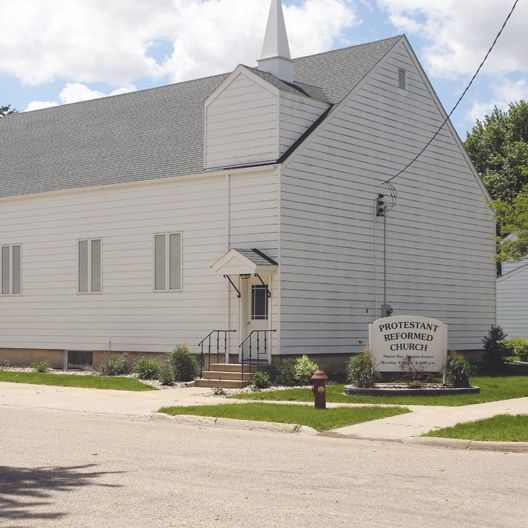 The PRCA is a Reformed denomination. This means that it holds to the truth of the word of God as that is authoritatively summarized in the Reformed creeds, known collectively as the three forms of unity. Those three creeds are the Belgic Confession, the Heidelberg Catechism, and the Canons of Dordtrecht. The Belgic Confession (1562) is a systematic explanation of the Reformed faith, the Heidelberg Catechism (1563) is a manual of instruction in Christian doctrine from the viewpoint of the Christian’s comfort, and the Canons of Dordtrecht (1618–19) are the doctrinal pronouncements of the Reformed faith adopted by the Synod of Dordtrecht that teach the Reformed conviction concerning the sovereign and particular grace of God in salvation and the covenant, and that condemn the popular false doctrine that salvation depends on the free-will—decision—of the sinner, known as Arminianism.

The Protestant Reformed Churches hold to and are freely bound by the three forms of unity. All her officebearers freely and gladly subscribe to these creeds as fully agreeing with the word of God in all their articles and points of doctrine according to the Formula of Subscription established by the Synod of Dordtrecht for this purpose.

Protestant in the name of our denomination has reference to the peculiar beginnings of the PRCA when in 1924 in a theological controversy over the truth of God’s sovereign grace in salvation the Christian Reformed Church deposed three ministers and their consistories for their opposition to a doctrinal error known as the three points of common grace. The “three points” taught that the grace of God is common (given to the elect and reprobate alike). With this these three ministers and their consistories disagreed. For their maintenance of the truth that the grace of God in salvation is for the elect alone and their opposition to the teaching that the grace of God is common they were deposed. Almost immediately these three churches banded together to form the Protesting Christian Reformed Churches, which name was subsequently changed to the Protestant Reformed Churches.

Having their origins in 1924 the Protestant Reformed Churches trace their spiritual lineage through the great Protestant Reformation of the sixteenth century and the biblical teachings of Martin Luther and John Calvin, through the Reformed branch of the Reformation and back to the doctrine of the apostles of Jesus Christ. Standing in the old paths these churches preach and teach the sovereign and particular grace of God in the salvation of elect sinners, the truth of God’s covenant of fellowship and friendship with his elect people, and the hope and assurance of everlasting life in covenant with God in the new heavens and new earth.

In obedience to the command of Christ in the great commission, the PRCA actively and enthusiastically engage in mission labors both at home and abroad. Currently the churches support three missionaries in the Philippines in and around Manila, and an Eastern home missionary centered in Pittsburgh, Pennsylvania. We labor with sister churches in Singapore, Northern Ireland, the British Isles.

Together the Protestant Reformed Churches in the United States and Canada with their sister churches in other lands stand for the gospel of sovereign grace to the glory of God and the salvation of his elect church. 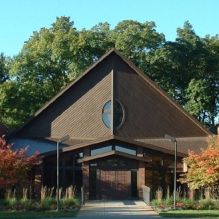 There was an error submitting your message. Please try again.
Thank you! We will get back to you as soon as possible.

This site uses third-party website tracking technologies to provide and continually improve our services, and to display advertisements according to users’ interests. I agree and may revoke or change my consent at any time with effect for the future.
More

This tool helps you to select and deactivate various tags / trackers / analytic tools used on this website.

These technologies enable us to analyze the use of the website in order to measure and improve performance.
Save Settings