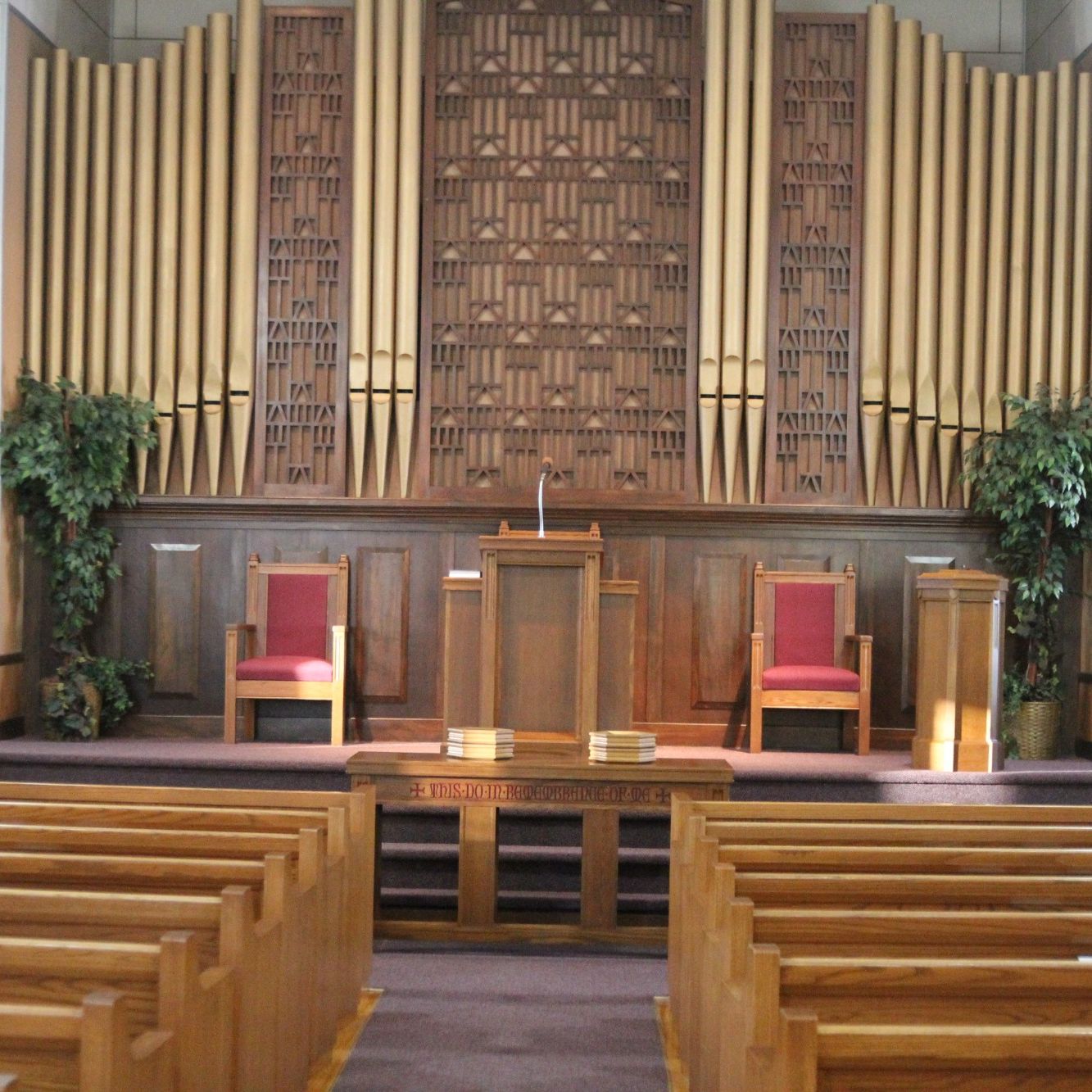 Edgerton Protestant Reformed Church is a Reformed church which means that the doctrine she believes to be the truth of the word of God is confessed in the Heidelberg Catechism, the Belgic Confession, and the Canons of Dordtrecht, collectively known as the three forms of unity.

We believe that the sixty-six books of the canonical Scripture, the Bible, are the infallibly inspired word of God and are without error. We believe that this word of God fully contains the will of God, is the sole authority for the faith and the life of the church, and teaches all things that are necessary to believe unto life and godliness. We believe that it is forbidden to add to or to take away from them, and we reject whatsoever does not agree with this infallible rule.

We believe that God made the heaven and the earth and all that is in them in six, literal days of twenty-four hours, as he said in his word; and that he made man—male and female—in his own image and likeness, that is, in knowledge, righteousness, and holiness. We reject, therefore, any teaching that conflicts with this word of God, such as evolutionism, or any teaching that would make the days of Genesis 1 and 2 to be long periods of time.

We believe that our sovereign God did not forsake his world that he had made to fortune or chance, but that he upholds and governs all things according to his eternal counsel and good pleasure so that nothing happens in the world or in the lives of his creatures without his will. We especially maintain that God is sovereign over the evils that happen in the world, as he said in his word: "Him, being delivered by the determinate counsel and foreknowledge of God, ye have taken, and by wicked hands have crucified and slain" (Acts 2:23). It is this doctrine of God's providence that affords the believer unspeakable consolation in this life, because nothing befalls him by chance but everything comes by the direction of our most gracious and heavenly Father.

We believe that man having been created in original goodness willfully subjected himself to sin and death by the instigation of the devil, separated himself from God, and by God's just judgment brought upon himself the guilt of sin, bondage to sin, and both physical and spiritual death. We believe that from this original sin of Adam original sin extends to all mankind by God's just judgment.

We believe that for the glory of his name, from his infinite grace, according to his own good pleasure, and from all eternity God chose from the race of man certain persons in Jesus Christ appointing them to salvation and the way of salvation and that equally sovereignly he appointed others to damnation, which damnation is on account of their unbelief and other sins. This doctrine of predestination, which includes both election and reprobation, we believe is the truth of the word of God and teaches the grace of God and his justice and severity.

We believe that God for the carrying out of his eternal counsel, the fulfillment of his covenant promise made to the fathers, and for the salvation of his elect people sent his Son, Jesus Christ, into the world to be born of the virgin Mary, and made under the law, to free us from the curse of the law. We believe that Jesus Christ is truly man and truly God, united together in one person, having two natures joined in the person of the Son of God.

We believe that by his death upon the cross of Calvary, the Lord Jesus Christ made complete and full satisfaction for the sins of all his elect people, and them only, confirmed the covenant of God, and earned for them perfect righteousness, holiness, and eternal life, and that all who repent and believe on him shall be saved.

We believe that out of his eternal counsel of election and because of the perfect sacrifice and death of Jesus Christ, God establishes with elect believers and their elect, spiritual seed an eternal covenant of grace. We believe that this covenant of grace is the friendship and fellowship between the triune God and his elect people in Jesus Christ our Lord. In this covenant of grace God bestows upon his people every spiritual blessing, preserves them against every foe, and presents them without spot or winkle in the assembly of the elect in life eternal.

We believe that this church manifested in the world is to be governed by the spiritual polity that Christ taught us in his word. We believe in the decent and orderly government of the church by faithful elders who watch over the flock of God and carry out Christian discipline in accordance with the word of God, in the diligent collection and distribution of the alms by faithful deacons, and in the faithful preaching of the word and administration of the sacraments by ordained ministers.

We believe that this present age will come to an end when our Lord Jesus Christ will appear personally, bodily, and visibly upon the clouds of heaven in order to raise the dead—the righteous to the resurrection of eternal life and the wicked to the resurrection of eternal death—and conduct the final judgment wherein all men, elect and reprobate, and angels and devils will stand and be judged according to their works and render account to this righteous judge. Although the consideration of this judgment is terrible to the wicked and impenitent, the faithful and elect look forward to it with heads uplifted, and they urgently pray, "Come, Lord Jesus, come quickly!" Then God will wipe away all tears from their eyes, and for a gracious reward the Lord will cause them to inherit eternal life in the new heaven and earth.

Because faith and life are inseparable, there are several aspects of the Christian life that we believe are taught in the word of God and are important to emphasize in today's world.

First, the Christian life is a life of holiness in love for God and in antithesis over against the world. The believer is called to a life of thankfulness in all good works according to the law of God and to his glory. This antithesis is the spiritual separation of the believer from the world.

Second, holiness in the Christian life in the married state includes the lifelong and unbreakable bond of marriage. We believe that the word of God teaches that the marriage bond is unbreakable and, therefore, that divorce is forbidden to the believer save for fornication and that the divorced person may not remarry so long as the spouse is living.

Third, we maintain according to the word of God that the Christian working man is forbidden membership in a labor union because such membership is contrary to his confession of faith, is revolution against the God-ordained authority of the employer, and by his membership he would make himself responsible for the evils of such organizations.

Fourth, we believe that because God establishes his covenant with believers and their seed and that by baptism the infant children of believers are members of his church, that the church must be diligent in catechetical instruction of the children in the truth of word of God and of the Reformed creeds. We further maintain that it is the calling of believing parents to establish and maintain Protestant Reformed Christian grade and high schools for the instruction of their covenant seed in the truth of the word of God as that bears on their whole life.

This site uses third-party website tracking technologies to provide and continually improve our services, and to display advertisements according to users’ interests. I agree and may revoke or change my consent at any time with effect for the future.
More

This tool helps you to select and deactivate various tags / trackers / analytic tools used on this website.

These technologies enable us to analyze the use of the website in order to measure and improve performance.
Save Settings